In addition to the services rendered to the La Poste Group, the transport business of its subsidiary Viapost now offers new palletised services in France and Europe to all shippers. It relies on a network of a thousand carriers engaged in the energy and environmental transition.

Dedicated to the Services ­Courrier-Colis [Post-Parcel-Services] branch of the La Poste group, Viapost's parent company until 2017, the transport business has since opened up to other customers.

"Of a turnover of 300 million Euros achieved in the transport organisation, 7% is already generated with third-party customers representing a flow of around 100,000 pallets per year," says Grégory Lapuente, Viapost's Commercial Director, who structured this offer around three services: a palletised messaging Service France 1 to 3 pallets (V-UNIT), the transport of partial lots and full loads from 4 to 33 pallets France and Europe (V-REGULAR) and a service France and Europe delivery service for urgent or just-in-time shipments from 4 pallets (V-FRET). "This is just the beginning," assures the manager. All three accept all goods except temperature-controlled products requiring specific handling, while materials classified as dangerous are studied on a case-by-case basis. "We offer complementary services such as on-appointment delivery, with use of rear hatch vehicles, or light vehicles, ad valorem insurance...” the Commercial Director explained.

For the industry and distribution sector, this new B2B offering was designed using the network created for the Post-Parcel-Services branch, ­for which Viapost acts as an agent. Comprised of eight national locations, six of which house freighting hubs, this driver network includes more than 5,300 national, regional and departmental road links ­6 out of 7 days or even 7 days a week. To meet this challenge, "we are collaborating with a thousand carriers of all sizes, 80% of which are French, to head our fleet, bringing together a wide variety of vehicles, from the van to the 44 T", explains Nicolas Petit. "There is a fleet of close to 1,100 utility vehicles under 3.5 T, 2,700 12-19 T carriers and 1,800 semi-trailer vehicles including 50-odd double-height vehicles," says the Transportation Director.

Although these carriers are selected by tender subject to strict criteria, the majority have been working with Viapost for many years. In April and October, two annual rounds of tenders, each consisting of a few hundred road links, are launched by the agent. "Carriers wishing to participate must provide a dozen legal documents (Khis, Urssaf certificates, etc.) transmitted via a digital portal," says Nicolas Petit. Favouring companies engaged in the Objective and/or Label Co2 approach, we systematically ask for information on the composition of their diesel Euro V and VI, Natural Gas Vehicles (NGV) and electric fleets. We favour alternative engines as much as possible.

In constant increase, 4% of the kilometres travelled within our network are carried out by NGV engines; this equates to 15 million kilometres per year. Within five years, our goal is to reach 10%."

To support this ambition, the proposed rates take into account investments in these fleets under contracts of at least three years, Viapost's standard contracting period with its carriers.

"With energy companies, we are working on the deployment of NGV service stations on our premises. The first will be launched in 2020 at our logistics site in Chelles, Seine-et-Marne," says the transport company.

Among the other information requested at each call for tender is added data on the financial strength of the carrier through its last three profit and loss accounts and, for new participants, on their commercial portfolio to avoid too much dependence when the time comes. "A decisive element concerns the organization of the carrier," comments the Transportation Director.

“Allowed to run 7 days/week - 365 days/year with postal and press flows under D+1 deadlines from time to time, responsiveness and guarantee of available capacities are essential”, insists Nicolas Petit. Also required are the equipment of a geolocation system on board the vehicles and a 24-hour hotline, knowing that the links operated by Viapost circulate day and night. "The planning and regulation of national routes is controlled day and night by a centre located in Kremlin-Bicêtre. The regional and departmental ones are managed by our territorial establishments during the day, which pass the relay to the Kremlin-Bicêtre centre at night. »

For all postal and press flows, Viapost uses a home-based TMS interfaced to its SAP ERP as well as optimization and routing modelling applications operated in synergy with the La Poste group. For third-party customers, dedicated information systems have been deployed around TMS Item Care and Teliae. Also interfaced to its ERP, they provide the carbon footprint of each transport.

20% of purchases with a dozen carriers

These tools help optimize the transport plan and manage the quality of the carriers’ service through a series of indicators (KPIs). "For example, there are empty and loaded kilometres, the cost per kilometre, CO2 emissions, the punctuality on departure and arrival, the quality of the equipment...” commented Nicolas Petit. The results obtained in addition to a bonus-penalty scheme and are used in meetings organised with the carriers at an annual or quarterly rate for the ten or so that account for 20% of Viapost's transport purchases. These include Chalavan & Duc, TEE, Perrenot, Jardel, Mauffrey, Courrier TPS Mimetains, Orain, Transcolis, Bernard André and Elsam.

Contracts with these companies take specific capacity clauses for compensation whether they are used or not. They relate to the provision of "in reserve" vehicles within three hours at certain strategic points of the network in case of peaks in activity or problems encountered on links. "It is this global network under the V-UNIT, V-REGULAR and V-FRET palletized services which we are able to offer to all customers today," says Grégory Lapuente.

Viapost expands its "in situ" offer 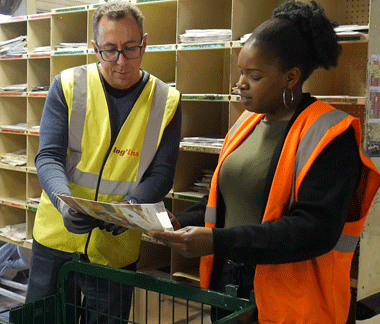 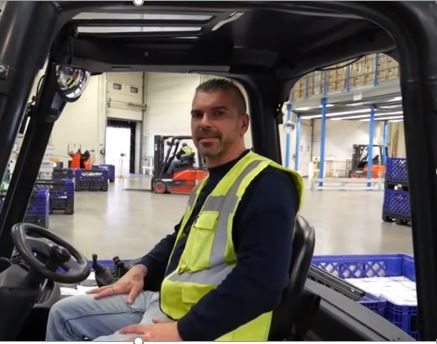 [TESTIMONY OF THE MONTH] : Spotlight...

Your new #HR meeting: every month, discover the portrait of one of our collaborators.
read more 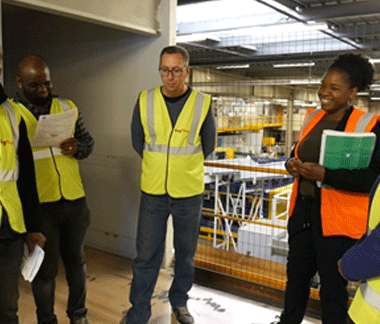 Viapost develops a partnership with...

Since the end of 2019, Viapost has launched a partnership with the Ares associative group.  Initially deployed at the Chelles site...
read more