A pivotal period in logistics known as the "Peak period" began a few days ago. It's several weeks during which the supply chain players are more than ever mobilised to respond to a punctual and massive growth in parcel volumes linked to Black Friday, the end of year festivities and the January sales.

In 2020 and for the first time, another peak period was also felt during the year, explained by the evolution of behaviour during the confinement: senior citizens or city dwellers in exodus in provincial towns ordering on the internet.

Henri PIRES, Director of Viapost's logistics network and its operations managers tell us about the peak period according to Viapost.

For this La Poste subsidiary, which handles parcels, small goods imported from abroad and printed advertising material on behalf of its B2B customers, the first weeks of the health crisis were mixed:
>    Complete stop to imports of Chinese products
>    Drastic reduction in direct marketing investments
>    And conversely, the number of parcels is increasing thanks to online shopping.

These phenomena prompted Viapost to adapt its organisational model very quickly to variations in the volumes entrusted to it by its customers. As a result, Viapost has trained nearly 150 employees in other business lines to enhance their versatility, and has assigned around 50 supervisors to other sites in France to balance skills and labour requirements.

"At the opening of our platform in Angers, several of our logistics managers went to the site to support the launch. This made it possible to bring in expertise and experience in order to share best practices applied throughout our network." explains Henri PIRES.

And rarer in this very particular period, Viapost has even opened 9 new sites and recruited nearly 200 employees and temporary workers. Viapost also continued to develop its social partnerships with Ares and Log'ins.

Black Friday, end of year holidays and January sales: the other peak period is launched

Small foreign goods are down. Consequence of the "Chinese virus"? Willingness to consume "French"? No one knows yet, but the effect is quite different on national parcels which have shot up in popularity.

"In 2019, at the same time period, we had sorted 36 million parcels. This year, the volumes announced are 25 to 30% higher than last year," says Daniel Henin, Director of Parcel Operations.

On the other hand, while the period is favourable for large festive communication campaigns, the confinements have led to a digitalisation of advertising and even to drastic cuts in investments:

"We expect our V-DOC activity to decline by 15 to 20% compared to 2019." explains Yannick Cherrière, Director of Printed Advertising Operations.

The Viapost teams, with their agility, are already on the move to meet the challenge of this new peak period. We are looking forward to seeing the figures at the beginning of 2021 !

State of the road and air transport market 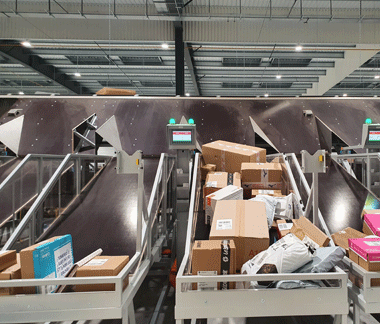 An unprecedented period for logistics players, the Peak Period, which lasts until the January sales, has been greatly accentuated by the...
read more 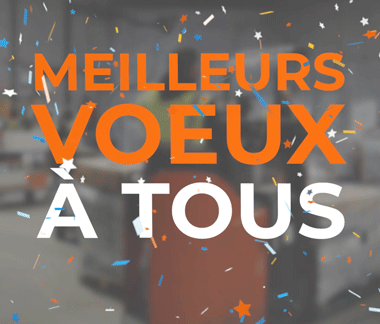 A year has passed, full of challenges and unexpected events  And only a few days into the new year. We will have to take up new challenges...
read more