The winning bet for in-company training

It's a little known tool and yet "it works". Simon Peucat, head of Mecabrive Industries, says so. Two sessions of Action de formation en situation de travail (Afest), which means On-the-job training, have already taken place in this mechanical company of the Figeac Aéro group, which works for the aeronautics, space and defence sectors in the Gaillarde city. Here are the strengths and weaknesses of this solution for which the Region has just launched a third call for projects to which training organisations can respond.

In the entrance to the factory, a glass door is marked "La Manufacture à talents" [The Talent Factory]. Caroline Crumeyrolle is the hostess and knows the factory next to her office like the back of her hand. She is the one who accompanies the Afest trainees. "Last year, eight out of twelve were hired. We have very few losses". Eight people aged between 22 and 53, hired after spending four months in the heart of the factory, accompanied by a tutor who is also an employee. The Region pays salaries ranging from 400 to 689 euros. "It's quite a lever," notes the training specialist, who adapts each course to the company's needs.

In sectors where recruitment is under pressure, this is a very promising avenue. "We had a pool of painters of aeronautical parts. It has been exhausted for two or three years", explains Simon Peucat, who "works with a large number of temporary workers, which creates a lot of turnover and a cycle that is far from virtuous".

The Afest programme allows for training in situ. Daouda, 39, was a musician in Burkina Faso. He is now in charge of sanding parts at Mecabrive. He is also trained in grinding. "We helped him with housing, papers and French", says Caroline Crumeyrolle, who also set up a training programme at Mecabrive.Viapost, in Brive. This latest session on the parcel platform has enabled four people to be trained. "One of them has already signed a permanent contract and is being considered to become a team leader. All companies are looking for employees right away," says the vice-president of the regional council responsible for vocational training, apprenticeships and employment. What better training than on site? There is also a productivity gain for the company. Karine Desroses confirmed this during her visit to Mecabrive on 21 February: "This is what corresponds most to the expectations of companies. The Region thus intends to put the emphasis on Afest. It has already supported around fifty projects in Nouvelle-Aquitaine, which "accounts for 36% of the country's reindustrialisation", according to Thibault Bergeron, regional councillor responsible for access to training.

Caroline Crumeyrolle's biggest concern is to find resources, especially in industry, which "unfortunately does not attract". "These are people who are far from employment, who have no diploma or an obsolete diploma,” she says. They often need very personal support. "I've had to deal with a car breakdown, for example.” This will not stop her from applying for the new call for projects. "When you're looking for a forklift driver in difficult circumstances, there's no other solution than to do Afest." 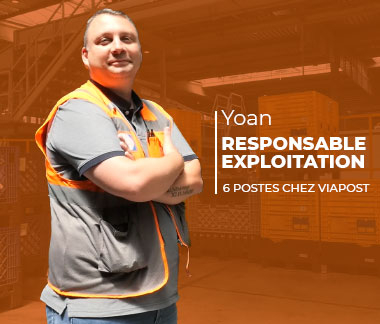