Sharp rise in volumes at the Parcel Platform

The aim is to reduce the impact on the environment. The network is therefore closer to the areas of the territory and the loading of parcels is also done in a different way. Parcels are no longer stored in a wheeled container which was then put in a truck, from now on "loose" parcels are placed directly in the trailer, which represents 5,000 parcels against 1,500, on a single semi-trailer. They will then travel by road to the departments concerned and by boat to Corsica. Despite this increase in work, "this year we will keep the same promises as last year, sent before December 21st, the package will be under the tree for Christmas", concludes the director.

In 2020, the activity represents 460 million Colissimo sold, i.e. 100 million more in total compared to 2019! "A good part of this growth is structural and not cyclical" according to the territorial operational director of La Poste for the South-East French region, Guillaume De Fougeroux, many small and medium sized companies having taken up e-commerce. "The activity being very strong, we anticipated the logistical implementation of the end of the year, he explains, with, from the beginning of November, anticipation of recruitments, opening of the logistics support sites, widening of the time slots for production, and more links in terms of transport. All this is accompanied by operational logistics tools for the delivery side". The Cavaillon Colissimo relay covers the Vaucluse, Alpes de Haute Provence, Hautes Alpes, Gard, Hérault, and Corsica departments. "We expect a peak in December of half a million sorted parcels, or else 2.5 times more parcels distributed in Cavaillon. "

This, whereas last July, a new Parcel Platform was opened in Arcs-sur-Argens covering the Var and the Alpes-Maritimes regions, which has been experiencing a very strong activity since then. At Cavaillon, the teams have been reinforced: 70 seasonal staff have been hired for temporary assignments, and the Viapost Group subsidiary (Avignon and Salon).

Parcels here, there and everywhere... At La Poste Group's regional parcel platform in Cavaillon, there has been a huge increase in volumes handled. An increase that simply reflects the national situation. Since the end of May and until the end of October 2020, at the national level, there has been a +30% increase compared to 2019 and for this end of year, over the course of one day, more than 15 million Colissimo parcels are being prepared, for only 3 million in 2019! A multiplication by three which does not leave one indifferent.

[TESTIMONY OF THE MONTH] : Spotlight on one of our operating agent

[TESTIMONY OF THE MONTH] : Spotlight on one of our industrial project manager 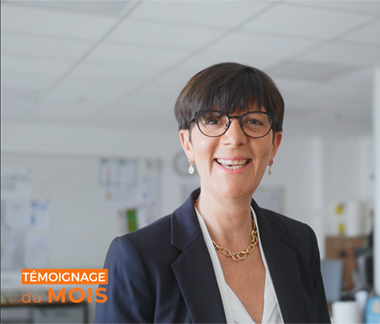 Sales manager |Testimonial of the month

Our #HR meeting : discover a new portrait every month. This month, discover the job of Sales Manager, presented by Angélique. For...
read more 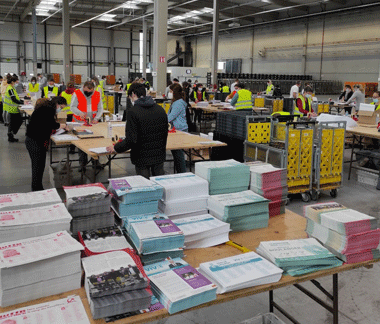 Viapost wins the preparation of the...

Solicited for each referendum since 2014, Viapost has once again been entrusted with the preparation of elections for several French departments.
read more 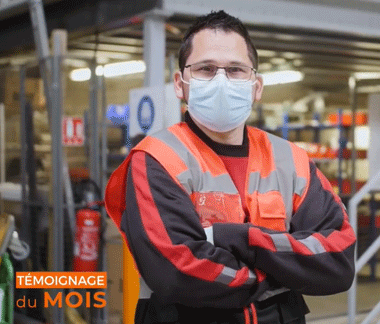 Cédric has been working for Viapost, a specialist in logistics, industrial maintenance and transport, since 2020 ; he explains what...
read more